“We’re not a genre, because there’s no one way to be Black.” This is a quote from Stranger Things star Caleb McLaughlin

upon the launch by Netflix called Strong Black leads. Netflix has a small group at the streaming service changing the way

Black audiences connect with entertainment, and we could not happier.

Historically, to find a good film, or Tv Series with a black lead, it had something to do with slavery, single-parent homes

or a lifestyle of questionable legality, hyper-sexualized and bad grammar.

Bad haircuts, and hairstyles, bad wardrobes and over the top personalities due to a set with no representation of people of color.

But this is a new day. One where our generation is given a widen diaspora for untold experiences of our Blackness. 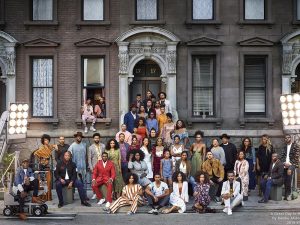 and Lena Waithe carve out space for Black creators, Black stars, and Black audiences to have more quality opportunities.

The work that the aforementioned and others like Ava DuVernay are doing cannot end with them. It must go forward and

open doors for other great talents, so we are not simply given our “token” black star, a la Will Smith, Denzel Washington,

They seem to consume over 75% of all black led films and its time we open those gates, not just the doors for the

ones who got pass the gate, for the future strong black leads. Here are a few Strong Black leads to watch for. 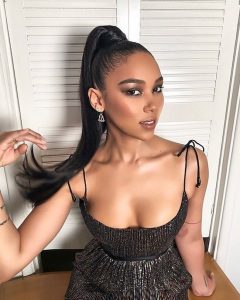 This rising movie star is proving to be a force of nature. Applauded for her take on the most recent version of

Alexandra has not only taken on the mantle of Storm from Halle Berry who had previously played the Marvel Comics character,

but she added a layer and style to the character many could appreciate. One of those addition was a dope Mohawk.

Alexandra has also played in Straight out of Compton, Shaft 2019 and Love Simon which spawn a 92% on Rotten Tomatoes. 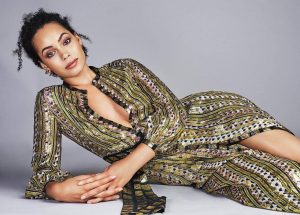 This tv actress has charm and presence. Madeleine’s body of work includes television work on the AMC series

into the Badlands and The CW revival of The Tomorrow People, as well as her film work on Edge of Tomorrow.

of the beloved show Charmed 1998.  Madeleine plays Macy, the oldest of the charmed ones and perhaps the most powerful.

She perfectly balances femininity and strength as she helps her sisters take down demons and creatures of all sorts. 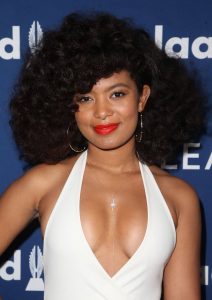 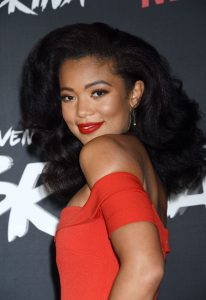 This 26-year-old Dallas native has casted a spell on audiences, starring in Netflix’s Chilling Adventures of Sabrina.

A reimagining of another 90’s hit series, Sabrina The Teenage Witch. Jaz plays the brilliantly gifted and sometimes blind,

You may also have seen her in Paper Towns and Vampire Diaries. I have a spell-binding feeling we will see a lot

from her in the near future. 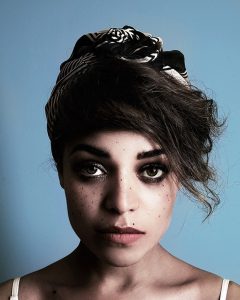 I was introduced to this talented actress on the hit show, The Good Doctor.

Other work she has done have been in the TV series Misfits, and Lovesick.

In The Good Doctor she shows great range, humor, humility, vulnerability and displays great chemistry with everyone

she shares a screen with. Throughout the series we get to see a total person, one who is interesting and complex and

its deeply the result of Antonia’s choices. Though the “Good Doctor” is Shawn Murphy, Antonia’s Dr. Brown is pretty good herself.

The Dear white people stand out who continued to show her acting chops in movies such as If Beale Street Could Talk,

which stands at a whomping 95% on Rotten Tomatoes is probably the next leading lady in Hollywood.

Teyonah Parris is an actress and producer, her resume also includes Chi-Raq (2015) film by living legend himself, Spike Lee.

She proves she can go scene for scene, and no moment is too big for her, for even in If Beale Street Could Talk (2018),

she comes along side movie star mainstay Regina King, proving she belongs in the major league of Hollywood talent.

Teyonah has also given her talents to Issa Rae’s black love film, The Photographer and is just a natural at organic on screen chemistry. 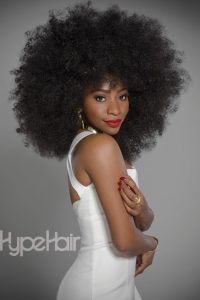 She makes you feel like you know her. She is one of you. Teyonah has even garnished attention from the hottest studio in the industry, Marvel, who announced at San Diego Comic Con 2019 that she had been casted as Monica Rambeau, aka Photon aka Captain Marvel for the New Disney + WandaVision series. 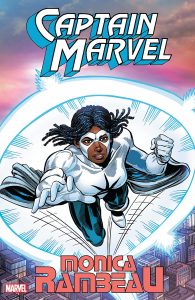 With so many great projects attached to Teyonah, including Jordan Peele’s Candyman movie, it’s a safe bet that Teyonah will have us hooked for years to come.

Which strong Black female leads are you most looking forward to? Who else should be on this list?