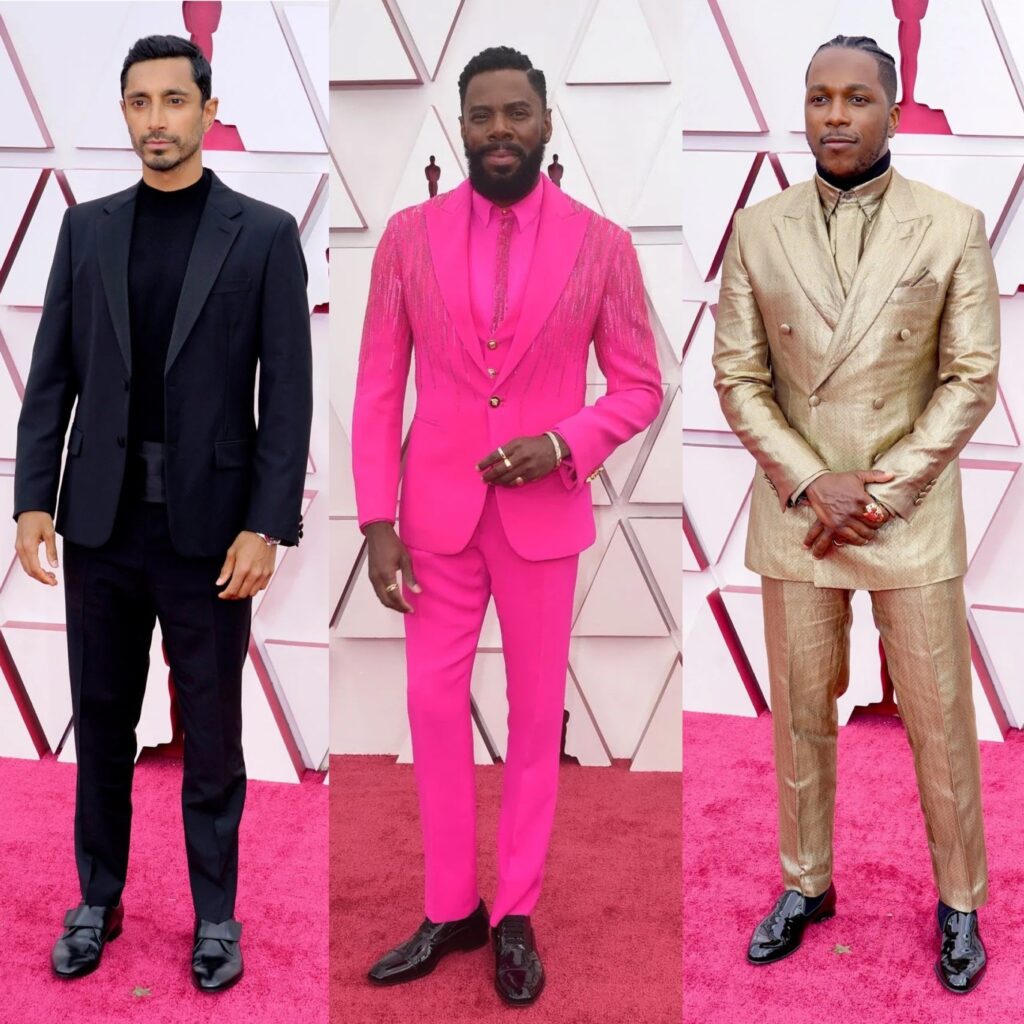 As the world slowly transitions from back-to-back zoom meetings and self-quarantines, we are slowly getting back to our “normal” routines or some semblance of it at least, and this awards season has proven to be the perfect example of just that.

Earlier in the awards season, we saw shows canceled completely. Not long after, we moved into an awkward period where celebrities presented awards in front of a disengaged and muted virtual audience. Thankfully, we have now transitioned into socially distanced, in-person award shows with engaging presenters and audiences. With these new relaxed social distancing guidelines, celebrities are now able to return to the red carpets to show off their high fashion looks, both good and bad.

This time around we are going to keep it cute and show off some of the best-dressed men from last night’s 93rd Academy Awards.

To kick it off, we have Colman Domingo in an electric pink suit by Versace, which by the way took 150 hours to embroider!

Next up, we have Riz Ahmed, an Oscars nominee for his role in Sound of Metal, in an ensemble by Prada.

Breakout star, Leslie Odom shined in a Brioni gold suit. Also, if you have not checked him out in One Night in Miami you are missing out!

I had to show off this little man! Marni actor, Alan Kim looked too cute in his shorts suit by Thom Browne!

Jon Batiste kept it sharp and clean in this suit by Dior.

It’s the accessories for me. Sometimes your accessories make the outfit and that’s exactly the case for Daniel Kaluuya who wore this all-black look by Bottega Venetta and jewelry by Cartier.

Steven Yeun looked PROPER in this suit by Gucci.

Travon Free paid homage to the victims of police brutality with his suit by Dolce & Gabbana. He also won an Oscar for his live-action short film, Two Distant Strangers which you can check out on Netflix!

Lakeith Stanfield gets a shout-out for his individuality alone. He stood out and took us all back in time with this jumpsuit by Saint Laurent!

Tyler Perry was awarded the Humanitarian Award and delivered a powerful acceptance speech, all while effortlessly donning this custom-made suit by Giorgio Armani.