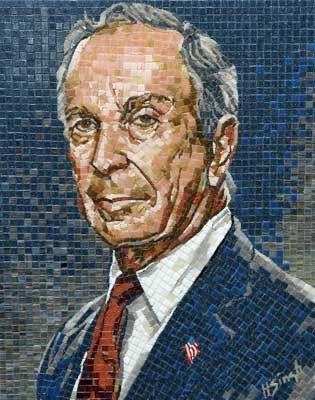 Former Mayor of New York City Michael Bloomberg has raised 16 million and forked over 5 million of his own in an effort to grant felons their right to vote in the November presidential election.

Many will concur that the former presidential candidate bossed up with this move for the Florida Rights Restoration Coalition. FRRC is a grass roots organization run by formally convicted persons who are dedicating their blood, sweat and time to ending the disenfranchisement and discrimination against people with convictions.

“The right to vote is fundamental to our democracy and no American should be denied that right,” says a representative for Bloomberg.

While Biden’s opponent may find it more beneficial to use slanderous, misconceiving television ads or marketing to gain votes, Bloomberg sees that utilizing the money to pay the fines of ex-felons, ultimately restoring their voting rights as a more cost-effective way to add votes.

When you look up the saying, “Put your money where your mouth is,” you might as well be expecting Bloomberg to show up in that google search. The billionaire has decided to spend 100 million in the battleground state to help boost Democratic presidential nominee, Joe Biden, chances of winning the sunshine state.

Bloomberg is worth more than 50 billion dollars and his pockets are far from hurting after his commitment to Biden. He has actually incited some other Philanthropic groups to follow suit. His efforts, now being coined “The Bloomberg Effect”, has influenced basketball player LeBron James and his non-profit to pay the tabs of some ex-felons as well.

The Power of the Vote

“We know to win Florida we will need to persuade, motivate and add new votes to the Biden column,” the document read. “This means we need to explore all avenues for finding the needed votes when so many votes are already determined.”

The nonpartisan group FRRC is clear about what their mission is and always will be. “Different people may give for different reasons, but we are in this for one reason, and that reason is to place people over politics,” said Desmond Meade, the group’s president.

“We are concerned with people from all walks of life, from all sorts of politics.” 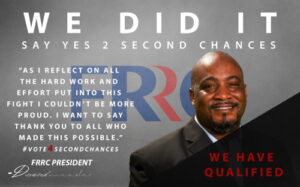 “Because of an 11th Circuit appeals court ruling on Sept. 11, an estimated 774,000 Floridians who have already served their time in jail or prison are not eligible to vote in the 2020 election until they pay the fines and fees associated with their sentences.”

Considering that Trump only won Florida by 112,911 votes in the 2016 election, it looks as if the only thing hanging in the balance of Biden winning Florida, is a slim margin of votes to be exact.

Paying the fines of these convicted felons that have served their time for their crimes is like opening the gates of Jurassic Park to the voting polls. Bloomberg adviser Kevin Sheekey argued that the move was not only a benefit to Florida but beneficial to other swing states as well.

“Voting starts on September 24th in Florida so the need to inject real capital in that state quickly is an urgent need. Mike believes that by investing in Florida it will allow campaign resources and other Democratic resources to be used in other states, in particular the state of Pennsylvania,” Sheekey, who served as campaign manager during Bloomberg’s 2020 run, said in a statement.