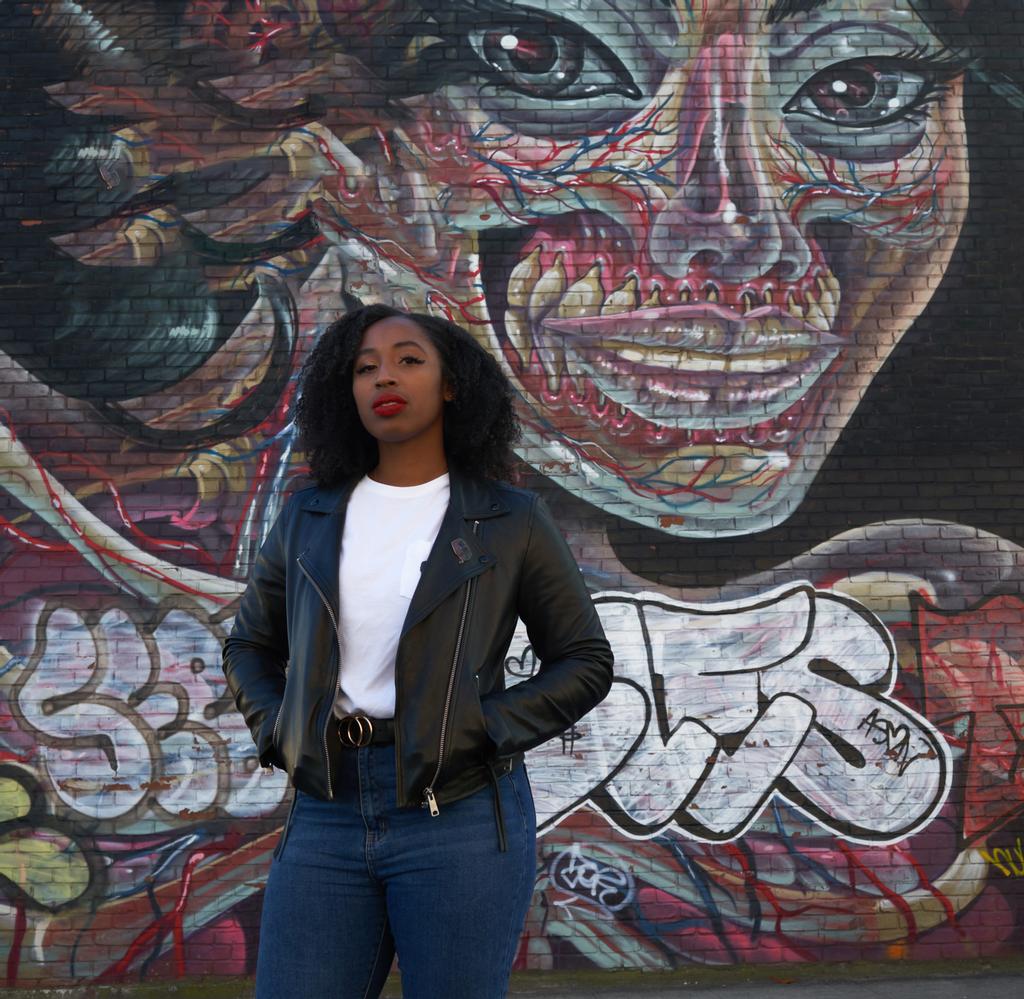 known affectionately as Fantastic Frankey, FRANKEY SMITH is breaking down barriers, one comic and iconic character analyst at a time.

What’s really cool about what Frankey is doing in geek culture is cultivating space for Black women, are now following her more than ever.

“I’m seeing more women following me, in terms of my peers. For one, there are not many of us in this space,” says Frankie excited that more Black women are getting involved in Blerd culture. Shattering the notion that we (Black women specifically) aren’t interested in anime culture.

Frankey has a very unique approach and style. One that is esoteric for all the geeks but related through her Black experience.

Frankey, tell us a little bit of what you do.

FS– Yerr you know! Gotta hit you with the yerr! I am a New York nerd commentator: I cover comics, anime, Sci Fi fantasy, and I connect it to my experiences as a black woman. So, definitely guys check me out!!!! I definitely speak my mind there.

DR– Fandom is such a beautiful thing.

Let’s start from the beginning. Who has been your biggest influence growing up as a girl and in navigating womanhood?

FS– In terms femininity and womanhood it is definitely my mother and my grandmother. I grew up in New York City, where from St. Kitts and Puerto Rico. So there’s a lot of different flavors and spiciness that comes with it. I come from a family with a lot of women. My mom is in law enforcement. My grandma was this immigrant who came over here in a boat.

Womanhood was about showing strength and the things that connect with them as they always spoke their mind; they didn’t care what the repercussions were. And then on my dad’s side, it was totally different.

“Latin women femininity is just such a staple.”

I like to think I have a nice mixture of both strong and then being very, very feminine.

DR– So I assume that you grew up watching TV and movies a lot.

Frankey beams, it was early VHS tapes that really left an impression on her and allowed her to immerse herself into film and pop culture.

FS– “I remember my mom got a DVD player when I was in eighth grade. And it was the hottest thing I’d ever seen, like DVD players!!!! I will go to this place, and I would just get whatever DVDs they could do and I would run them into the ground. Even before then I would VHS Batman and Robin, they were like my go to, which was the “George Clooney”, the one that everyone hates.”

“I always felt like I was the ideal audience for it,” relished Frankey. “I was eight or nine when it came out and it was very childish. So, for a child, Space Jam back then it really impacted you because that was who the audience was for.”