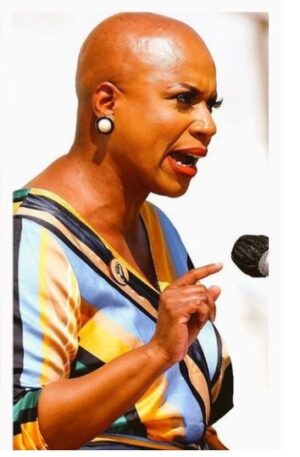 Congress-woman Ayanna Pressley is a Democratic representative in the 7th District in Massachusetts. She’s known for the bold approach she uses while being a voice for marginalized groups. Rep. Pressley has re-introduced a bill known as “The Wigs as Durable Medical Equipment Act.” According to Congressman Jim McGovern’s press release, the bill was proposed in 2018 but has not yet been mandated. The bill would include wigs under medicare coverage for patients that suffer hair loss from cancer, Alopecia, and chemotherapy.

Rep. Pressley has been vocal about her battle with Alopecia since 2019. Affecting over 6 million Americans, Alopecia Areata is a skin disease that causes hair loss.

In 2018 the CDC reported that there were over 1 million cancer cases in the United States.  Patients that suffer from autoimmune illnesses and the effects of chemotherapy currently have no cure. Representative Pressley’s bill would help to boost the confidence in millions of patients across America. With the new account in effect, wigs for patients would become a priority.

The Connection Between Hair Loss and Confidence Levels

Since Congresswoman Pressley has been living with Alopecia, she knows the challenges that it presents first hand. Within the Psycho-Oncology medical journal, an article chronicled the connection between the physical changes and confidence levels of cancer patients. Naturally, as patients experience hair loss amongst other material changes, they sometimes lose a sense of themselves and experience pain and discomfort. Sudden drastic material changes also cause bouts of depression and a heightened sense of insecurity.

In a transparent post on Instagram on January 16th, Rep Pressley mentioned several people who played an integral role at the beginning of her public Alopecia journey. She noted how she began to stand in her truth and don her “melanin crown.” Within this same post, she also shared, “I mourned my hair loss”(Pressley, Ayanna @AyannaPressley. 2021 January 16th) 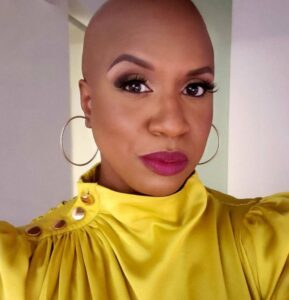 Studies within Psycho-Oncology also show young adolescent cancer patients tend to feel misplaced and too downtrodden to make new friends. ‘Appearance is an important part of how people view themselves because it allows people to tell others who they are as individuals and impact how they want others to perceive them.’ Men and women, and children receiving chemotherapy or suffering from an autoimmune disease have conveyed concerns about their appearance. Patients experiencing hair loss (in addition to other physical changes) typically react by withdrawing from activities they would otherwise partake in.

In addition to Representative Ayanna Pressley, other public figures speak on hair loss due to illness. Celebrities who have shared their stories about disease-related hair loss include actor, host, and comedian Nick Cannon (who has Lupus), famed actor Ashton Kutcher, and popular host Ricki Lake ( who has battled Alopecia). Other celebrities include popular television broadcaster and cancer survivor Robin Roberts and the sultry award-winning songstress Toni Braxton who has shared details about her experience with Lupus.

Supporting the Wig Bill To Empower Alopecia and Cancer Patients

Unlike celebrities, many ordinary people don’t have the resources to purchase wigs or undergo special procedures. With the Wigs as Durable Medical Equipment Act, patients will wear desired hairstyles while receiving medicare coverage. Congresswoman Pressley’s bill is a much-needed step in the right direction as it would empower so many deserving Americans. Although wigs certainly aren’t the end all be all, they provide patients suffering from autoimmune disease some power level. With the proposed bill, patients both young and old, male and female, could reclaim some level of control over their bodies and their appearance.

How You Can Help:

Visit Coming up Rosies, to show your support for the Wigs as Durable Medical Equipment Act.

Continue to support those impacted by cancer and Alopecia by raising awareness and providing love and compassion. And after you extend support, remember to be kind to all humankind.