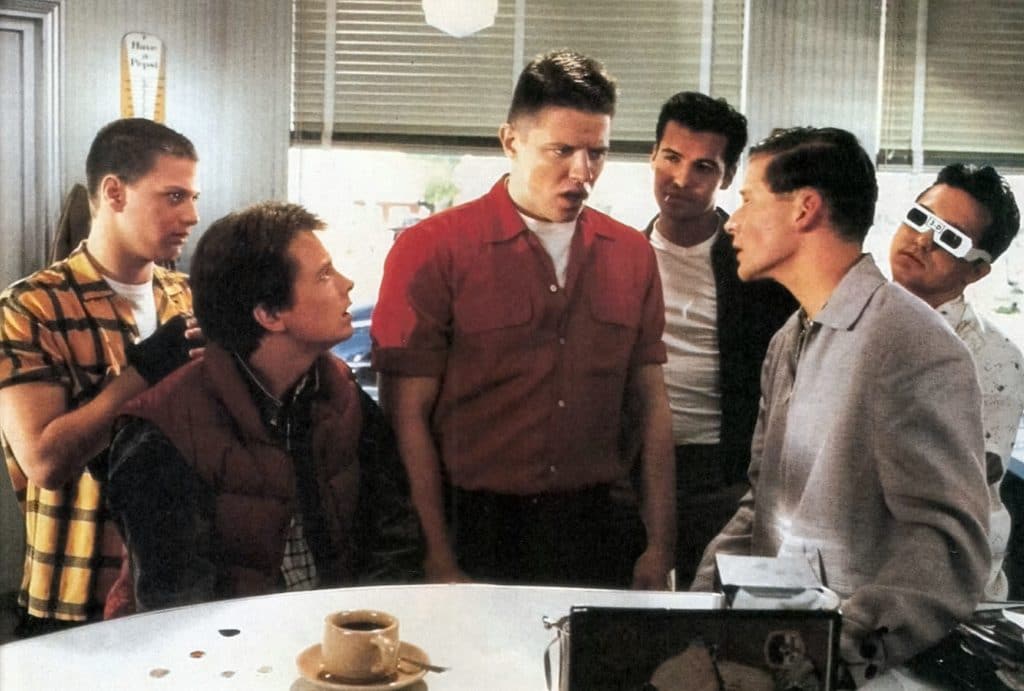 Hollywood is either playing it safe or fresh out of ideas because every year we are presented with a hand full of remakes. Many of them unwarranted, unwanted and end up being flat out disappointing.

The only thing worse than a bad remake is a bad remake to a classic that should have never been touch in the first place. You do not see Nike reinventing the swoosh. You do not see Ihop changing from pancakes to something like burgers… Hold up real quick someone just text me. Ihop is now Ihob?

Well this disturbing news is a perfect example of what tampering with a classic can result in. So here’s a top list of movies that are just too perfect to be remade. Before I start, be sure to leave a comment on our Instagram and tell us if any of your favors made the list.

Back to the Future

Directed by Robert Zemeckis; Back to the future was right on time with this hip time travel 80’s classic. From iconic characters such as Marty Mcfly, played by Michael j. Fox and Christopher Lloyds’ Dr. Emmitt Brown there will never be a time, nor will enough time pass for this out of time mega hit to be remade. There are so many reasons why this movie should never be remade but I’d run out of time trying to list them all.

The spin offs were dreadful starring Wesley Snipes, which should be enough reason to never even consider trying to reboot this 1993 American thriller. With Harrison Ford in his prime as the lead and the most perfectly ensemble supporting cast I have even witnessed lead by Tommy Lee Jones this movie balances heart, action and witty banter that keeps you on the run the entire film. To even think they could find a supporting cast with such chemistry and wit would be a crime.

If I had a quarter for every movie, TV show or cartoon that have copied, redone or tried to capture to the same magic of that Saturday morning detention I would be writing this article on a Yacht, that can fly and time travel. Yea, it happens a lot.

Regarded as the best teenage movie, no matter when you are a teenager! This coming of age 80’s masterpiece assembles a team that could give Nick Fury a run for his money. John Hughes just had an eye for efficiently telling the stories from a high schooler perspective that leaves no room for tampering. A food fight will ensue if this classic is ever remade.

John Hughes had the 80’s on lock, with timeless cinematic genius on full display. Not only is the movie to perfectly casted with Matthew Broderick as the charmingly, 4th wall breaking, senior classmen slacker who takes a day off from school. If that’s not enough to convince you this movie should never be remade how about the fact that this 1986 release became one of the top-grossing films of the year, receiving $70.1 million over a $5.8 million budget, and was enthusiastically acclaimed by critics and audiences alike. In 2014, the film was selected for preservation in the National Film Registry by the Library of Congress, being deemed “culturally, historically, or aesthetically significant. You still here, it’s over, go home.

Gone With The Wind

Okay many of you may have only heard of this movie in passing from your parents, or grandparents. Sheesh, I’m old! Nevertheless this movie is Hollywood gold! First of off there is not a man alive who could replace Clark Gable, nor too many brave enough to try. I think of all the films on this list, Gone with the Wind, is the safest to not be remade. If for no other reason, the fact that is almost 4 hours long should keep those filmmakers itching to do a remake at bay.

There are a bunch of movies that could use some CGI and the polished touch of technology. These aforementioned are not a part of that bunch.