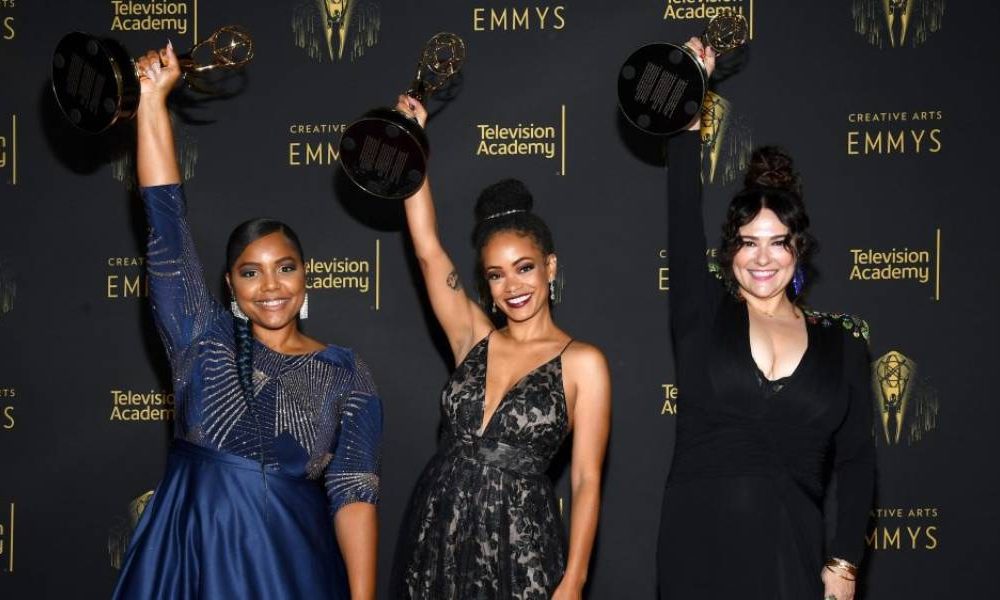 The 2022 Creative Arts Emmy Awards Ceremony swept the tabloids with well-deserved wins and honorable mentions. Though this weekend was filled with a star-studded red carpet. It is not to be confused with the Primetime Awards Ceremony happening this Monday, September 12, 2022, at 8:00 pm. Until then, here is a recap highlighting our outstanding and trailblazing top 5 winners from this Weekend’s Creative Arts Emmy Awards. Of course, you know we’re rooting for everybody black.

Chadwick Boseman’s legacy lives after receiving an Emmy Award for Outstanding Character Voice-Over for Star-Lord T’Challa in the Disney and Marvel animated series, What If…?

What if…?  was originally released on August 11, 2021, several days shy of the first anniversary of Chadwick Boseman’s passing. On August 28, 2020, Boseman lost his battle to stage four colon cancer, shocking the industry and his devoted fans. Though his passing was sudden, Boseman completed several films and series which premiered throughout the following year.

We are given a glimpse of his iconic character T’Challa in the 2016 Marvels Captain America: Civil War which would later fully showcase T’Challa in the infamous film Black Pather in 2018. What If…? Depicts an animated version of the Star Lord T’Challa in an alternate storyline from its original plot and universe. T’Challa is kidnapped from Wakanda as a young boy, and he is mistaken for Peter Quill by Yondu’s men. This universe merges with Thanos, Nebula, The Collector, and more. T’Challa is the peacemaker, the Robin Hood, and the hero of this universe. What if…? takes a plot-twisting turn to the Marvel Cinematic storyline and brings an exciting twist that is truly interesting to watch. What if…? is directed by Bryan Andrews and written by Matthew Chauncey, Steve Gerber, and Jack Kirby.

Black Panther: Wakanda Forever release is just around the corner. This award arrives right on time for Chadwick Boseman as the new film spotlights a memorial for the late character in its trailer. The Posthumous award is another way to thank you for a job well done. 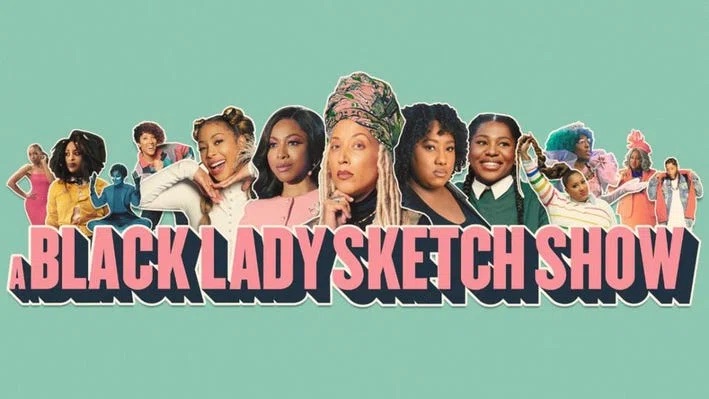 A Black Lady Sketch Show brought home an Emmy Awards for Outstanding Directing for a Variety Series (Bridget Stokes), and an Emmy for Outstanding Picture Editing for Variety Programming. The show premiered with a starred studded cast including Robin Thede (the creator), Ashley Nicole Black, Gabrielle Dennis, Quinta Brunson, and Skye Townsend. Not only are their sketches hilariously relatable, but they gift our screens with iconic cameos such as Angela Bassett, Issa Rae, Raven Simone, and later on Patti Labelle. A Black Lady Sketch show embodies Saturday Night Live, Mad TV, and Key and Peele from a Black Women’s perspective.

Since its release, the show has swept the internet with excerpts such as “Black Lady Courtroom” and “The Last Supper.” It is incredible to witness a group of Black women flourish and create a table for others to thrive in a space that wasn’t always so welcoming. A Black Lady Sketch Show receives a well-deserved win; this will not be their last. 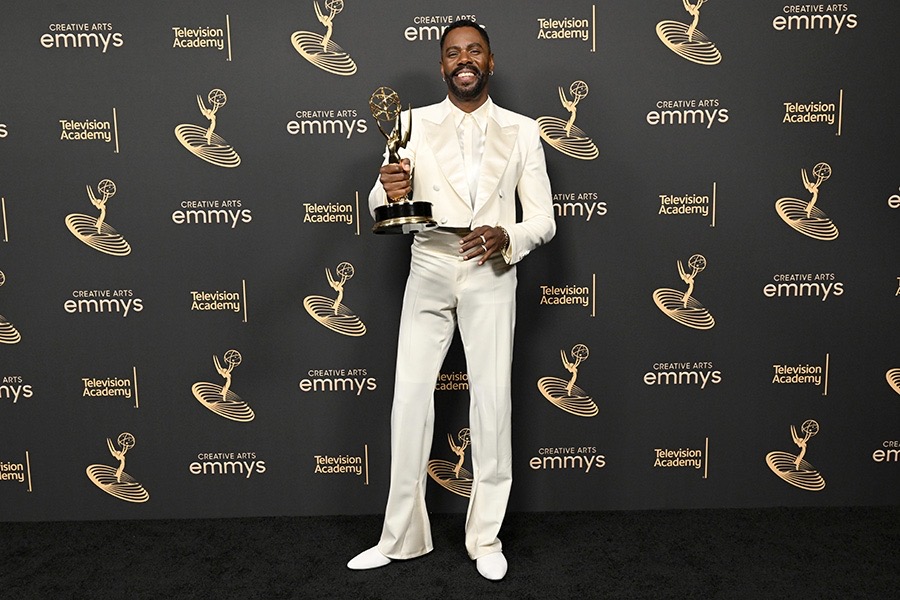 Colman Domingo wins his first Emmy Awards for Outstanding Actor in the Drama Series Euphoria. Domingo graced our presence on the hit show as the character Ali, a reformed addict and mentor to Rue. His ability to support and seek knowledge into others, given his circumstance, is admirable and Domingo’s performance alongside his co-star Zendaya is one to remember.

Colman Domingo was born in Philadelphia, PA, on November 28, 1965. Domingo debuted in 2011 as Mr. Bones on the Boadway Musical Scottsboro Boys, for which he received a Tony Award. However, Colman Domingo’s career began prior dating back to the mid-’90s. Domingo is an actor, producer, writer, and Director. His previous work includes The Butler, If Beale Street Could Talk, Ma Rainey’s Black Bottom, and Candyman.

Colman Domingo is multi-faceted and leaves a mark in every spectrum of the industry. Domingo released several playwrights entitled “A Boy with Soul,” “Wild with Happy,” and “Dot.” You can find more information regarding his life and career here.

This previous year’s Pepsi Superbowl LVI Halftime show was one for the books as our favorite entertainers lit the stage with iconic and nostalgic number one hits. Dr. Dre headlined this year’s Super Bowl and brought along Snoop Dogg, Mary J. Blige, 50 Cent, Eminem, Kendrick Lamar, and Anderson Paak. Dr. Dre’s performance had to be one of the most creative setups with make-shift neighborhood homes and the entire map of LA for the flooring.

One thing that made this performance memorable was the choice of entertainers he brought onstage. From R&B to Hip hop, all artists have impacted the culture one way or another. It was a smart move to have artists such as Kendrick Lamar grace the stage, bridging the gap between the rap generations and their influence on his music. Mary J. Blide gave us a show, and 50 Cent reminded us he still got the moves. Eminem even shocked the world by kneeling, emphasizing a major political statement.

The show told a story, got the crowd going, and emphasized black power; we cannot forget the LA references throughout the show. It’s incredible to see West Coast and East Coast artists join in on such a monumental moment. It was brilliantly directed and will forever be one of the best super Bowl shows of this time, other than Beyonce and Bruno Mars. There was an abundance of background dancers showcasing their talent, which they did show out! They received an Emmy Awards for Outstanding Variety Special (Live), Outstanding Music Direction, and Outstanding Production Design for a Variety Special. 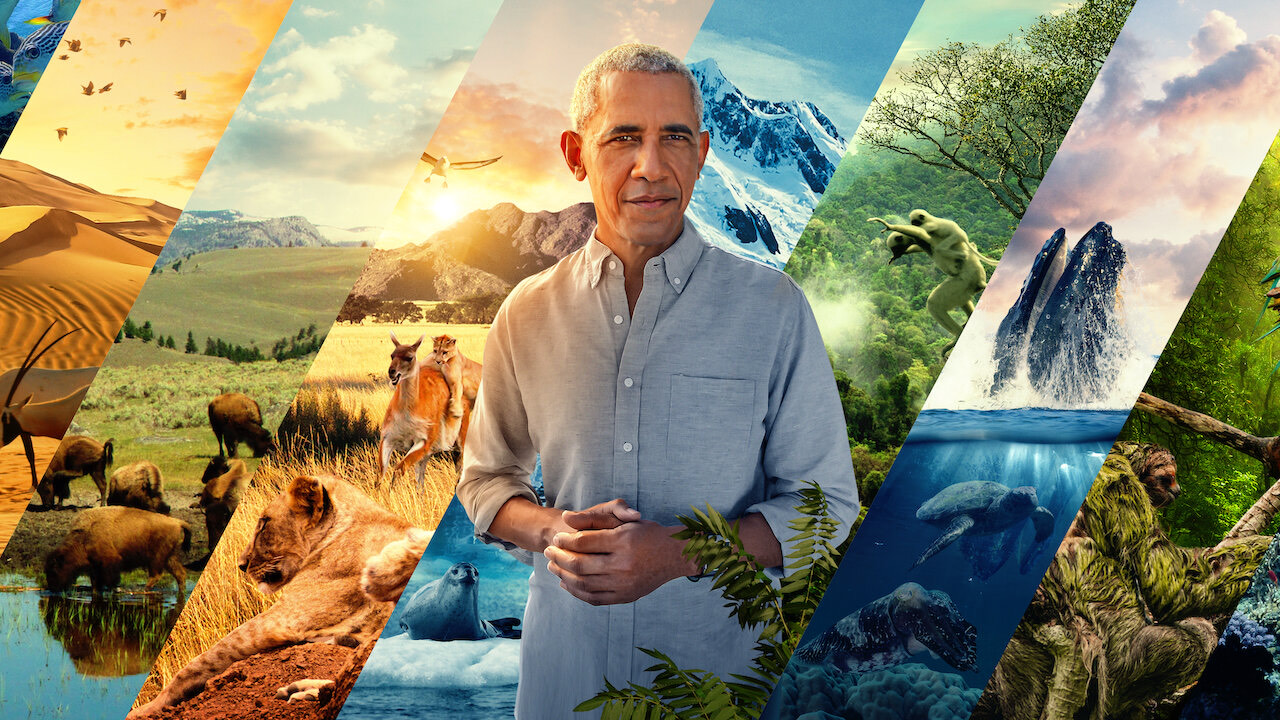 We couldn’t end our list without highlighting our forever president Barack Obama and his Emmy Win for Outstanding Narrator for Netflix’s special entitled Our Great National Parks. Obama has become the second President ever to win an Emmy, following behind Dwight Eisenhower, awarded in 1956.

Our Great National Parks is a 5-part Netflix docuseries about the world’s wildlife and national parks extending to Kenya, Indonesia, Chile, and right here in our backyard, USA. Anything with Obama is certified to be a masterpiece. If you love nature, culture, and animals, this is the show for you.

We couldn’t finish our list without mentioning some impeccable shows, artists, and entertainers who swept the Creative Arts Emmy Awards weekend with well-deserved wins. Honestly, everyone deserves to be in our top five, but you would be reading all day long. Here is a quick list of our honorable mentions.